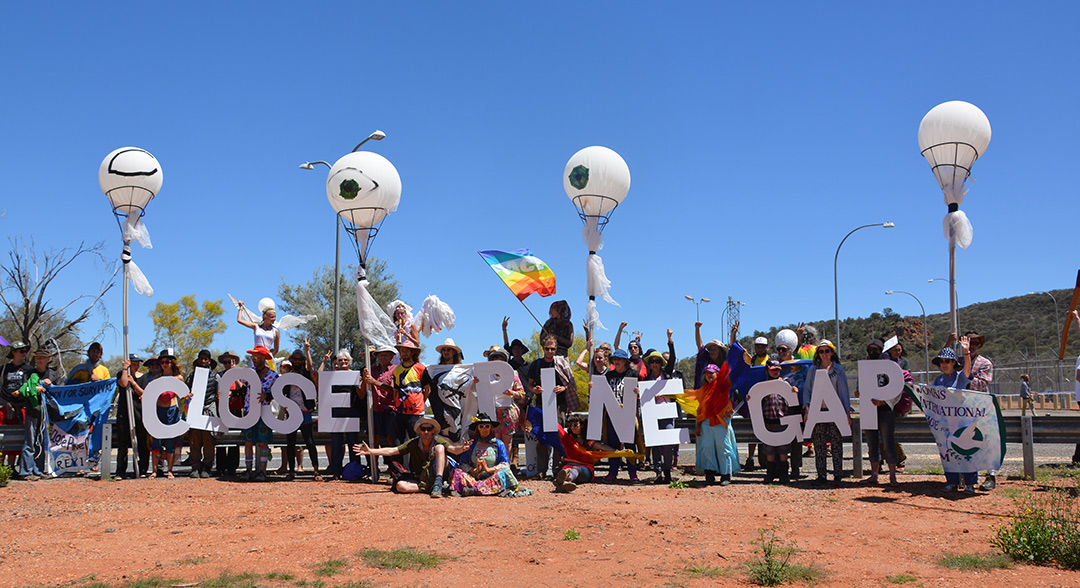 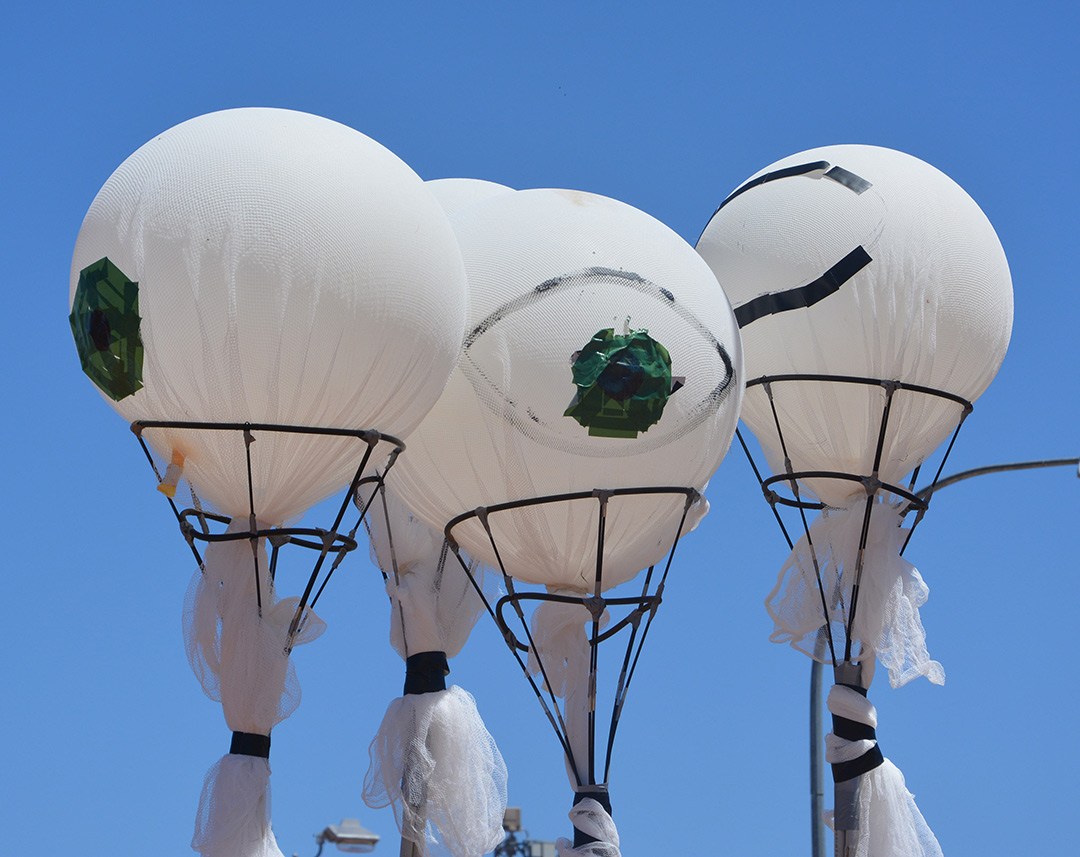 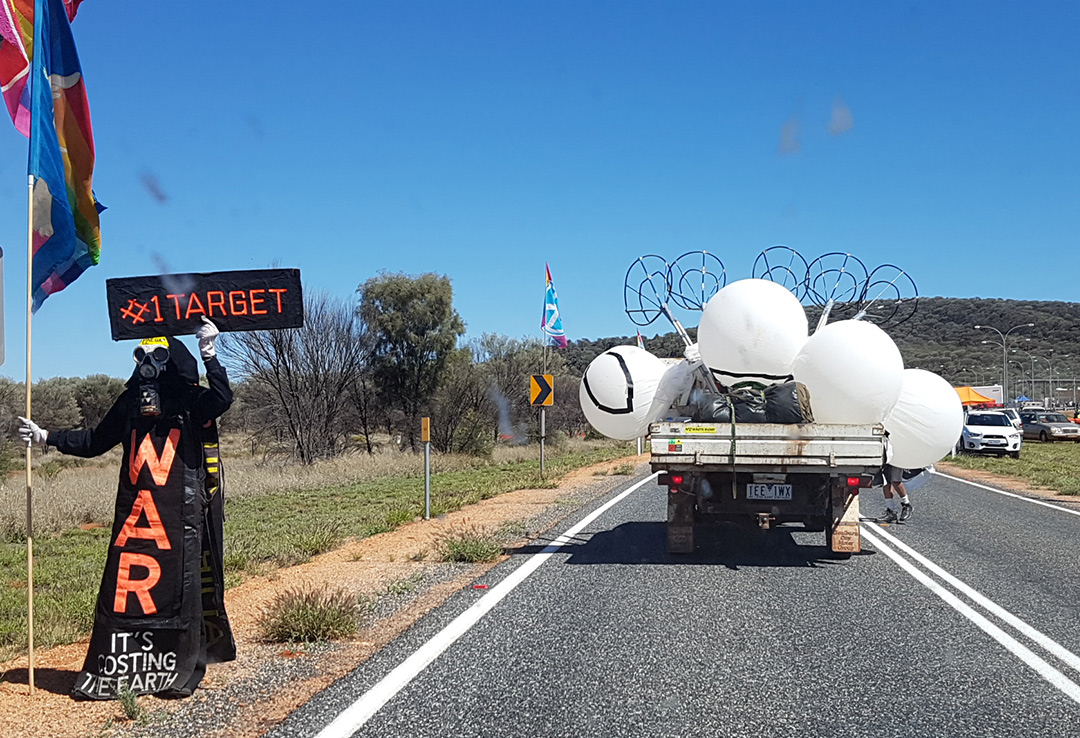 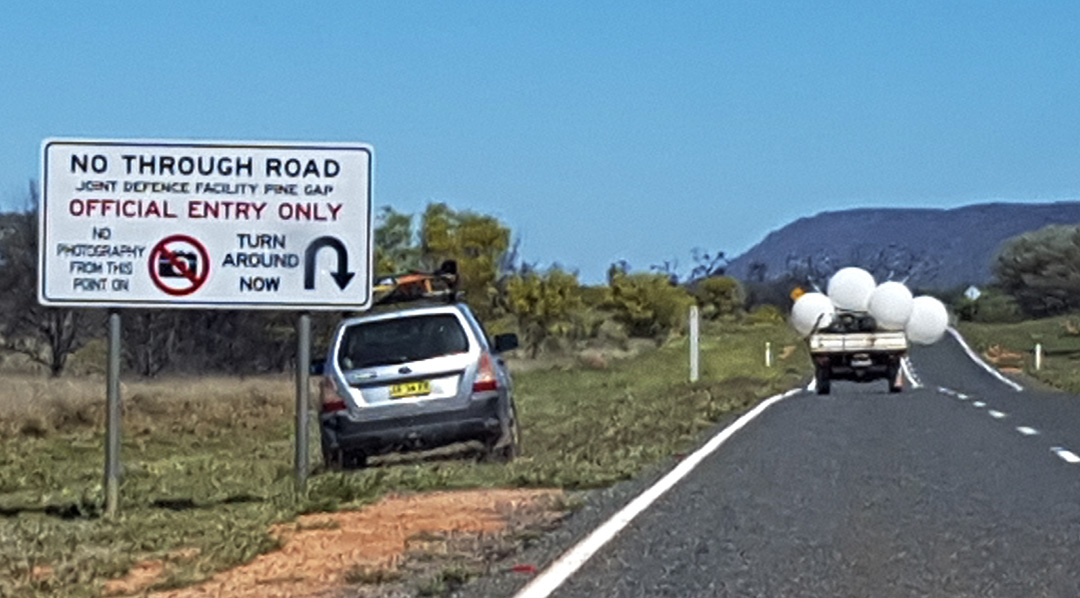 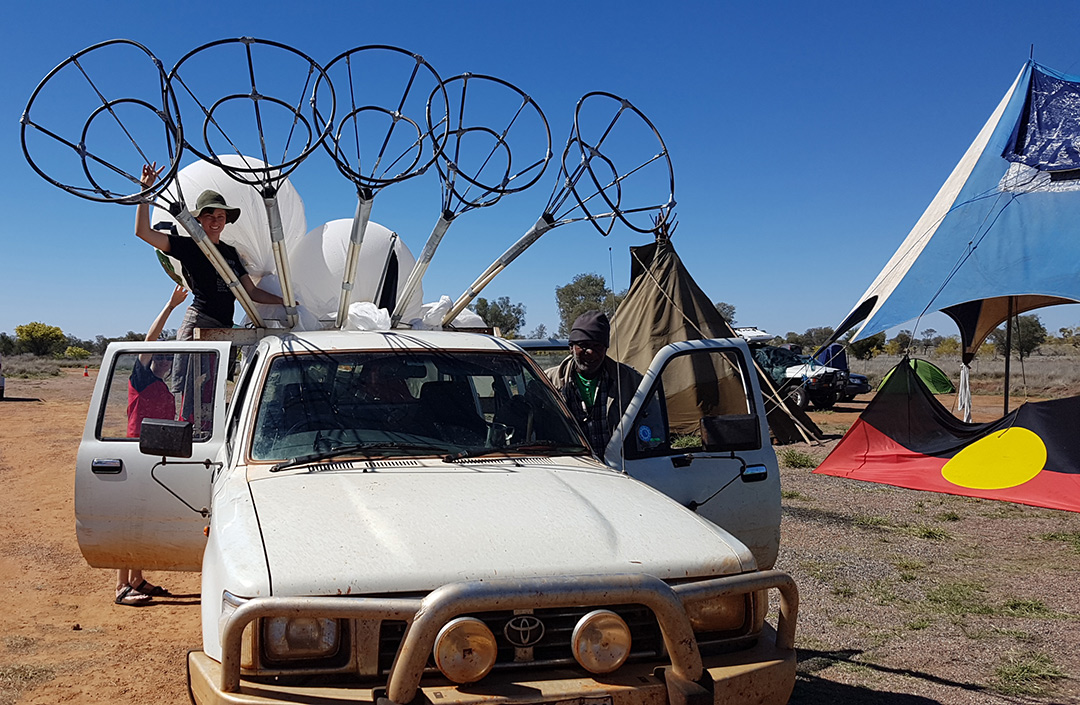 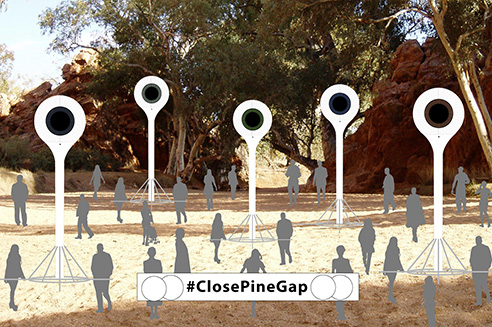 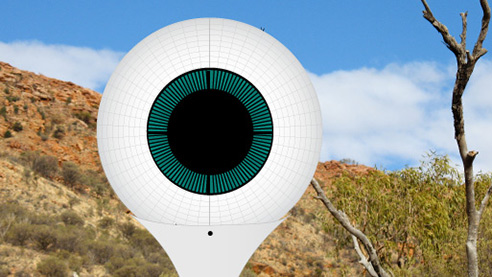 The 5-eyes symbolize the global spy program that Pine Gap is a key component.

The police had road blocked the road about 100 meters from the gates and were doing strict searches of people going in. This required me to negotiate to even bring it to the gates.

The police were generally supportive, however were very strict about not having any cameras. Technically it is illegal to photograph at the gates, however the police were allowing photography but would not allow zoom lenses or cameras at height.

I agreed not to mount the cameras and we were allowed to bring the Eyes to the gate.

We had a very rushed experience putting the sculptures together, transporting them, negotiating and then placing them on site. During this one of the balloons burst due to one of the many desert prickles. Quoting from Felicity Ruby:

“It only takes one little prick to ruin a whole country.”

So we installed the 4 eyes with the large eye (pine gap) in the background. Maybe some photoshop with finalize the vision.